The farm was once part of a large hunting estate and the Great Oak, (see the wildlife page) would have been an important marker.
The buildings at Higher Wiscombe dates from the early 1800’s when it was the home farm to the Wiscombe Park Estate. The estate was broken up, as many were, just after WW2.

Higher Wiscombe was also owned by Hank Marvin of the Shadows, who used to refer to it as “his Devon Estate.” (See the Hank Marvin page). He had plans to turn the Old Winery into a recording studio.

More recently the Higher Wiscombe was on the original wine trail in Devon. It operated as an apple winery, and made high quality wine made from apples. They also made goat’s cheese, although that is not so fondly remembered by the locals! 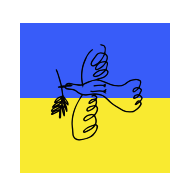